I've known Dexter Petley for many years now, and he's one of the best writers around today. His last book, One True Void (2008) was described thus by Boyd Tonkin in the Independent: "brings the sensibility of Irvine Welsh to the landscapes of HE Bates....delivers scene after scene of exhilarating rage, tenderness, lyricism and pitch-black comedy as its angry young hero discovers that "there was a chasm in society that no book-reading would ever fill". 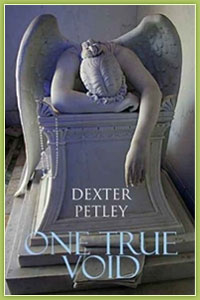 Previous books like White Lies (2003) and Joyride (1999) have also been highly praised, and in 2003 he was shortlisted as Dazed and Confused's most promising newcomer, and he's also been longlisted for the IMPAC award and won arts council awards.He lives in rural France where he also translates work, and is currently finishing a detective novel that will be quite brilliant, so look out for it (www.dexterpetley.com). Enjoy this superb account of his experiences as a 'sifter' for one of this year's major literary awards:


"In October I was sitting in my bivvy beside a lake in France. The rain pounded on the roof
for twelve hours a day. I brewed coffee on a petrol stove and lived on bacon sandwiches. For
someone, somewhere, literary triumph was in the balance. What was I doing? Well, I was
carp fishing, in that static, contemporary, doing itself way of things, with the laptop on my
knee. Just another day in the life of a sifter.

Sifters, or front line judges, are the unsung heroes of literary prizes. We are the ones who
actually read the damned entries. We’re the police, the bouncers, the mud hut seamstresses.
If anyone imagines literary prizes are judged in book-lined studies beside diplomas and
decanters with Persian cats on a celebrity’s knee, then they are deluded. Before the celebrities
are handed the long or shortlist on a silver plate, the experts have done the real work, the
field-testing. Experts are the anonymous, the mid-list novelists, the men and woman of
writing’s shop floor. For a few hundred quid and an invitation to the glittering night, we
read the bloody lot, the thousands and thousands of abominable entries which come at us at 8
o’clock on a Friday night like a poll tax riot, with apologies and panic from the organisers as
the deadlines loom ever nearer.

Like any profession, the workers are frustrated by management, misunderstood by the public,
ignored entirely by the directors. Prizes have profiles and guidelines. Shortlist judges on the
whole are chaired by celebrities, media or useless folk with a dim literary torch. You often
feel like you’re handing on the fruits of your editing craft to the incompetent. Sometimes
the best story wins; sometimes you’re left wondering if some betting syndicate in Singapore
weren’t the winners.

But let’s go back to the beginning. There are now several very high profile, open entry, full-
length or short fiction awards, that is, open both to author entry by published or unpublished
writers. I advise anyone entering such awards to read the rules, the entry requirements.
I’ve been a front-line judge or sifter in all categories, and I’m baffled by the number
of inappropriate entries. These are not competitions on the backs of cereal packets for
compulsive prize draw syndrome. You don’t win a weekend for two in Las Vegas. But there
is a persistent category of writer out there who enters them all, whatever the discipline. If
it’s a full length novel prize, they send in a 5 line poem for toddlers about pink badgers. If
it’s a short story award they enter an illustrated epic poem about a changeling. If it’s an
unpublished novel competition with a three chapter requirement, they’ll send a full length,
self-published, PDF version complete with ISBN number and attached 5 star Amazon
reviews. And before you imagine I’m referring mainly to the competition stalkers, I have
had to disqualify entries from well known, truly gifted writers who have left their name on
the PDF either by carelessness or they haven’t read the rules which states no name on the
story pages. (In the main, open entry awards are judged anonymously until the shortlist is
announced.)

There are between two and six sifters per award, generally. The number of entries is variable,
anything from 1800 to 5,000 can be expected. Sifters must work fast as the batches come
in weekly, or they’re downloaded off the slush pile from a secure site. Because the entrants
are human, there is a last minute surge just before entry deadline. Which is why I was sitting
there with the rain pounding on my bivvy, frying bacon and reading my way through five

Only we don’t read them all word for word, do we? No, of course not. This would be
impossible and pointless. Short story competitions can have limits of up to 8000 words.
Three chapters of a novel can run to fifty pages. Whole novels are infinite. We’re doing this
work because we’re underpaid elsewhere, can’t get deals, we write for nothing, the archetypal
struggling writers usually making a below the poverty line living from literary consultancy,
hackwork, reviews, the odd chapter in a book somewhere. During the six or eight weeks of
this judging, we have to live, and work. Payment is not up front. So, firstly, it’s a question of
time. And secondly, natural selection to save time.

I can attest that sifters are scrupulous, meticulous and principled and exploited. Our task
is to compile our own shortlist, which added to those of colleagues constitutes the long
list. Now the important factor here is that the sifters judge objectively. We are looking
solely for quality. The shortlist judges, however, on receiving the long list, are probably
producing a shortlist subjectively. They either like, or dislike the story. Some shortlist
judges, quite frankly, are not in a position to judge either quality or originality. This is where
my ambiguous feelings about literary prizes is located; that lost space between long list &
shortlist, between anonymous experts and celebrity judges.

The truth is, a judge in any competition should be able to recognise quality at first glance.
The sifters are not only the quality controllers, but we are grading and scoring the entries too.
This is a typical sifter’s scoring guideline:

1) First Impressions
2) Setting
3) Voice/Tone of voice
4) Storyline and structure
5) Characterisation
6) Quality of writing/Use of language
7) Emotional impact (including humour)
8) Enjoyability/Ability to suspend disbelief
9) Originality
10) Overall impact: Stand-Out factor (memorability – lingers in the mind)
The opening paragraph, in a competition, is a bit like a penalty shoot out. You’ve one chance,
you cannot afford to miss. Any real contender, any talented writer, is not going to enter an
award with a poor opening paragraph. I have no shame in low scoring a story or novel after
reading no more than an opening paragraph, then flicking to the last line just to be thorough.
Frankly, a good opening can get you on the long list and thus before the celebrity judges.
When you consider a long list of 60 stories or novels might also represent as much as 30 per
cent of the entries, there is all to play for. Unfortunately, there are few real players. One
popular notion of the game is to flatter the competition sponsors in the opening scene by
involving the characters or narrative in a homily to the sponsor’s product or service.

Disqualification without reading a word, though, is all too common. Inappropriate entries
account on average for 1 in 10. Add to these the entries which merit a couple of pages
reading till they deteriorate into yet another Vampire or Zombie tale and the statistics tell us
that out of every 100, I need to read 20 to 30 stories in their entirety. 90 per cent of the poor

entries are historic fantasy, crime, horror etc and of extremely low literary merit. And before
you are horrified at this, I can inform you that while sitting in my bivvy, in the rain, sifting
for one very high profile literary award, I read and scored the story which eventually won.

When first propositioned to become a sifter, I did wonder if my cynicism about prizes might
become an obstacle to objectivity or some other unwanted reaction might intervene. Because,
let’s face it, prizes have agendas, ulterior motifs beyond the cultural platitude. Commercial,
corporate narcissism as often as not. Sponsorship is never for the good of literature. It serves
the company profile, pleases shareholders, launders profit through philosophy. I’m sure
other sifters go through similar soul-searching. We are but writers spurned by prizes, but
we’re also complete professionals, fearless in combat. Once the reading is underway, not
only are we literary bloodhounds after quarry, but there’s a great joy in discovering excellent
writing. We’re after the winner, and the quest becomes passionate. Believe me, the good
ones make the long list and are read word for word. The shortlist and the winner are none
of our concern. We’re back on the beer and sandwiches by then, forgotten, waiting for the
cheque in a fancy envelope." 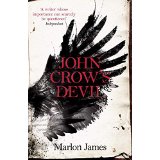 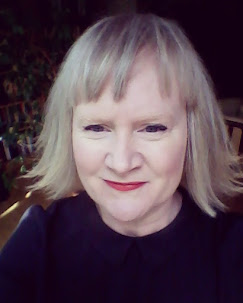